This is about the use of mnemonics for GCSE revision. I teach English, so this blog post will be framed by my subject area, but it applies to revision across the curriculum.

I am not advocating against using mnemonics here. Always, always do what is best for your kids in your context. Nobody knows about that better than you. I’m just giving a few words of caution, especially when mnemonics serve as a ‘tick list’ for students to include certain devices in their writing. Sometimes, the mnemonic serves as something for a worried child to cling on to and developing a real application of knowledge is neglected.

Mnemonics Across the Curriculum

It’s easy to think that your own subject is the centre of the world and to forget that all the other subjects are up against it too. We’re all desperately trying to equip the same pupils with devices to use in the exam hall, should their minds draw a blank. Mnemonics in many forms are suggested, promoted and used by many teachers. In my school, pupils also devise their own – maybe the most effective ones are the ones devised by the pupils who’ll actually use them.

It’s important that everybody realises that pupils are getting crammed with mnemonics everywhere they turn. Our pupils are so full of acronyms and first-letter recoding devices that they barely have room for anything else. In science, students now have to memorise equations, elements, formulae etc. (as did I, in 1995!). “Please Stop Calling Me A Zebra, I Like Her Call Smart Goat” is, apparently, a good way to remember the reactivity series of metals – never mind the fact that it doesn’t make any sense. Perhaps a better one, as suggested by BBC BiteSize, is this: “People Say Little Children Make A Zebra Ill Constantly Sniffing Giraffes.” You could always try “King Philip Came Over From Greater Spain” when revising your taxonomic ranks (Kingdom, Phylum, Class, Order, Family, Genus, Species). Don’t forget BODMAS or BIDMAS or PEMDAS in maths when remembering the order of operations. Except, of course, that BODMAS isn’t always right and fails to help students understand what’s actually happening behind the scenes of the equation. Mnemonics are everywhere and pupils can conflate, confuse and misuse them. The fact that it’s not only your own subject area that is filling the pupils with such devices should be a consideration when using them in your teaching.

Some Memory Devices are More Equal than Others

Evidently, the reason for using mnemonics is that X amount of information, be it formulae, dates, devices, sequences or lists, needs to be retained by pupils in order to perform well in a given examination. The mnemonic works as a decoding device for this information. Some exams require the retention and then recall of factual information – there are questions in the GCSE RE course that require recall skills (‘list 3 things a Catholic may use to pray’). A’ Level biology includes an opportunity for students to recall information in order (Figure 1). I’m not saying that these are easy tasks, although my colleagues tell me that this kind of question is always a low scorer. These questions may serve as a springboard for students to tackle other, more complex, questions. Some memory devices work brilliantly for this sort of task.

Clearly, not all memory devices are the same. Jurowski et al (2015) highlight the various ways that mnemonics have been classified by researchers over the years: “Thompson (1987) arranges mnemonic strategies into five classes: linguistics, spatial, visual, physical response and verbal methods… Oxford (1990) identifies four major strategies: namely, creating mental linkage, applying images and sounds, reviewing well, and employing action… Baddeley (1999) described that mnemonic devices can be classified into visual imagery strategies and verbal strategies.” Jurowski et al use Bellezza’s (1981) classification method and the simplicity works well for me too (shown in Figure 2). It might be worth looking into these when you’re deciding what you want your students to remember and why it’s important they recall this information.

Like anything, the approach taken needs to suit the purpose. It makes sense to use first-letter recoding for learning the taxonomic ranks in biology. As long as the student can remember what each letter stands for then it’s great. However, this approach doesn’t transfer to subjects where the students need to write for a certain purpose, audience and context, or apply their understanding of a given event to a wider context (be it in a novel or anywhere else on the curriculum). This is particularly true in English.

I have examined for two different boards over the years, for different parts of the English Language GCSE qualification. When it comes to analysing a text or producing a piece of writing, the number of acronyms I have seen at the top of students’ scripts is phenomenal. Truly, truly phenomenal. Most commonly, they are used as a prompt to remind pupils of what to include in a piece of writing – usually the old faithful, AFORREST, although I have seen some complex and undecipherable variations. Sometimes, they serve as a reminder for pupils to pick out language features when analysing a text. The ‘punctuation face’ (Figure 3) is quite common, especially with lower ability students. The ones that seem to be cropping up a lot on social media at the moment include: PEACH, GRANDDAD, AFORREST, STRIVE, RIOSPASM, APES STOMPS, RAT SWEAT. I have no idea what some of these mean, but I’m sure I’ll find out in the marking season. 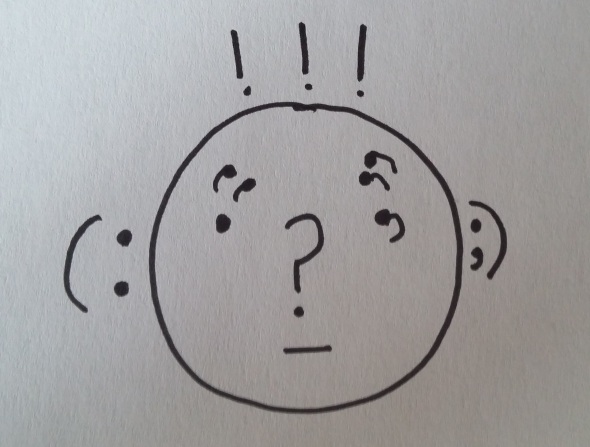 Figure 3: Punctuation face, this (or similar) is seen at the start of many writing responses.

In English, use of such mnemonics rarely improves the quality of responses. When it comes to writing, the resulting piece of work is often mechanical, forced and somewhat pedestrian. The mnemonic seems to be guiding the writing. For example, when it comes to AFORREST, pupils have diligently included an anecdote, a fact, an opinion and so on, but they haven’t really written a cohesive response. Pupils who do not use an acronym, but write a simple plan of the points they want to include, do better. Their responses tend to be organised into logical paragraphs and usually they are considering the content of what they’re saying, rather than shoe-horning in predetermined devices. The same applies to reading responses and poetry analysis. The weighting of the marks lies heavily with the effect of whatever device has been identified. Feature spotting isn’t (and never has been) rewarded as much as insightful comments about the impact or effect of the way something has been written.

When it comes to the punctuation face, some pupils tick off each piece of punctuation as they use it. It can result in pupils using punctuation for the sake of it. Odd occurrences of semi-colons spring up, when the pupil would have scored a better mark for using simple punctuation they know well, thus illustrating that they can control their written language effectively.

I repeat: I am not advocating that we do away with mnemonics. I’ve used them for my own studies. I used the ‘visual imagery’ approach to my M.A. examinations for remembering theorists, theories and dates. This involves imagining a scene and then ‘building up’ a picture that fits with what you need to remember. I’ve blogged on using the exam hall to remember quotations here. For a three hour M.A. Leading the Learning Community examination, I managed to cram 56 educational theorists into my memory. I knew how to apply them to the essay question. I knew how to write an essay. I knew how to use academic writing. I walked out of the examination and my visual image of a fairground, onto which I’d hung all of those theorists and paradigms, disappeared from my mind and has never returned. I had a 5 week old baby – this approach was reasonable, given my situation. I wouldn’t say that it was particularly effective for long-term retention, though.

My advice, for teachers across all subjects, is to make sure that your students know how to apply their own analytical ideas to the features they’re identifying. Writing about the effect is the big scorer. When it comes to Q5 (writing) they should plan for content, not for language devices.

Keep the memory devices, if they work for you. Sometimes, pupils don’t have the resilience to go into an exam hall without such devices to hand. Just make sure they can do the other bits too. Empowering them with decent planning and lots of preparation will take them a long way – further than any tick list.