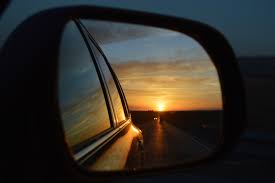 A post for teachers – especially non-specialists – of GCSE English Literature

“Charles Dickens was born in Portsmouth in 1812. His father was sent to debtors’ prison when he was 12 and…”

We’ve all bemoaned, yet contributed to, the existence of the bolt-on context paragraph. These introductions enjoyed their heyday during the age of coursework and still managed to maintain a stronghold in the controlled assessment era. In our current phase of exam-only assessment, I’m reliably informed that they continue to flourish in the exam room.

Some teachers would do away with context. They’d wipe it out – remove it from the specification and forget all about it. They see the novel as a self-contained entity. This formalism makes me deeply uncomfortable. If we disregard the relevance of an author’s gender, or nationality, or life events, then we deny ourselves the right to allow a range of voices to be heard. Book-groups across the country seek out books by female authors, or ensure they’ve read a text in translation, and challenge themselves to read a 19th century text once in a while. We cry out for female and global majority voices. We get sick of the curriculum, parliament and boardrooms being full of the stale, pale and male stereotypes. Saying that ‘context doesn’t matter’ is the sort of attitude that promotes the very thing we’re tired of; to disregard the importance of the writer’s context is to disregard these voices.

In order to support our students with writing about the context as an embedded feature of their responses, it’s important to step back and think about what context really means to us, as adult readers. We need to ask fundamental questions about Literature, and to immerse our pupils into the novel as a whole –context and all. Here, I set out some of the theoretical approaches we can take when reading and some of the ways we can support our students in writing about this in their exams to access the marks for AO3, without resorting to the dreaded bolt-on contextual opening.

I have this laid out in my mind as a beautiful spectrum. I’m afraid I’ll have to reduce it to a list here, but the order is important. Please note that these are just a handful of approaches, all of which are relevant to readings at GCSE level. I have not included approaches that transcend the needs of AO3 – this is a teaching blog, after all.

I’ve capitalised the theoretical approaches to ensure they stand out. At one end of the spectrum, we have Formalism and New Criticism. That is, ‘a story-is-a-story’ and there’s nothing that we should be analysing except the language and the structure. Then, we can shift along a bit to Biographical Criticism – as you’d expect, this involves considering the author’s life in relation to their works. Then move along again and you find New Historicism; an approach that considers the historical context of a text and accepts the need to apply value-judgements to that historical reading. Shift along a fraction once more and you’ll find a Cultural Studies approach – similar, in principle, to New Historicism but with a clear recognition of the need to understand the cultural factors of the time. There’s an importance paradigm shift at this point, in which the reader becomes central to our understanding of the text. Reader-Response Theory encompasses the notion that the reader is central to the interpretation of the text and so this theory works well with Feminist Theory, Gender Theory, Queer Theory and Post-Colonialist Theory. I won’t cover these here, but they’re important and you might want to look them up.

Let’s start at the very beginning; a very good place to start. Oh, wait. Formalism is not the beginning, although perhaps some Formalists like to think it is. Why start here, if formalism didn’t come first? Simple. My mind-forged spectrum of contextual approaches is not chronological. The terms ‘Formalism’ and ‘New Criticism’ are used interchangeably by some, although there is a distinction. New Crit is a type of Formalism. It places emphasis on the close reading and analysis of a text, encompassing all areas of analysis in each interpretation. Formalism places more emphasis on the distinction between the form, structure, content and language of a text.

Formalism is rooted in the 1920s. It’s relatively straightforward. The premise is that a novel/play/poem is an entity in its own right and we don’t need to consider any other external factors – the text transcends the context.

Despite the disregard for context, this approach can be useful for AO1 and AO2. We need our pupils to be immersed in the text; it’s vital that they can know the text inside out on all levels. Katie Ashford has blogged on this here.

It’s important that there’s a recognition in pupil responses that the characters aren’t real. Those ‘Shakespeare presents…’ sentences are vital and need to be fluently woven into each response. ‘Shylock feels betrayed…’ doesn’t take account of the writer as a concept and won’t achieve as much credit.

These two are distinct but fit well together for the purposes of GCSE English Literature.

Older than Formalism and New Criticism, Biographical Criticism views the text as a reflection of the life and times of its writer. I’m loath to cite Wikipedia here, but the example given is the best one for understanding the roots of this approach: Samuel Johnson’s Lives of the Poets (1779–81) is largely noted as the first true exercise in Biographical Criticism.

Both New Historicism and Cultural Theory involve the reading of a text with an historical or cultural ‘lens’ – that is, considering historical/cultural events that surrounded the text at the time of writing. This might include readings that consider laws, society and systems of thought of the time. Inevitably, there are crossovers with Biographical Criticism; the contemporary influences on a writer will contribute to the biographical elements. I’ve condensed three huge schools of thought into an almost insultingly short section, but we’re talking about picking up marks for AO3 at GCSE level – if you want to know more then look at the bibliography at the end of this post.

The premise here is that understanding an author/poet/playwright and the historical context helps us to understand the text. The text itself serves to reflect the writer’s world and the writer is a reflection of his or her text. The work mirrors the reality of the time and vice versa.

Most bolt-on paragraphs read like undeveloped Biographical Criticism pieces. There is a panicked urge among many of our pupils to splurge out their knowledge of the author onto the page, preferably in their opening, lest they forget to include it later. What they fail to do it apply this knowledge to the text.

Rather than the opening to this post, pupils would hit higher levels from this sort of comment:

Dickens presents Scrooge as ruthlessly disparaging toward the plight of the poor. When he asks whether “the Treadmill and the Poor Law are in full vigour…?” we are given a clear insight into this attitude, with the word ‘vigour’ suggesting he is keen – excited, even – for these punitive laws to thrive. Dickens’ own experience of such laws as a child is reflected here; it’s clear that he uses Scrooge as a vehicle to present the absurd cruelty of these laws. Dickens is commenting on the cultural values of the rich, which were typical of the time – namely, that poor people are lazy. The clear juxtaposition between Scrooge in stave 1 and stave 5 serves to lay out Dickens’ message; it’s never too late to change and act with social responsibility.

Reader-Response theory boomed in the 1970s, although it has much earlier origins. Here, we are at the opposite end of the spectrum to Formalism. Formalism and Reader-Response Theory can almost be pitched against each other as straightforward ‘opposites’.

I find myself wrangling with this approach. To me, it’s so bluntly postmodernist that it does literature a disservice. It’s certainly the rebel of the group – ‘anarchic subjectivism’ to the Formalists! (Kharbe 2009). However, there’s something beautiful in this approach. If you’ve ever been so immersed in a novel that you actually miss the characters when you’ve finished reading it then you’ll relate to this. The idea that you brought the characters and the action to life in your own reading is a notion that needs recognition, and that’s exactly what Reader-Response Theory does. Of course, we can combine this approach with Biographical Criticism, New Historicism and Cultural Studies to appreciate both the role of the writer, the historical context and the reader.

This is where we move from the idea of literature reflecting the world (as a mirror) to literature lighting up the world for us (a lamp). I love the idea that worlds – our world, the world, your world, my world – shifts in meaning after reading a novel. Not only do we create meaning from literature, but literature shapes the world for us. It’s a beautiful concept and if you have a passion for the Romantics, I would recommend ‘The Mirror and the Lamp: Romantic Theory and the Critical Tradition’ by M.H. Abrams.

Simply by referring to the audience or the reader (or even the listener) is a good start. The ‘reader’s reactions’ comments will take your students a long way past the generic bolt-on contextual paragraph. It’s a good habit to get into the discussion of this in the classroom. It doesn’t have to be the mechanical ‘an Elizabethan audience would have been frightened of witches but we understand that they’re not real’. Deeper discussion of how the text shaped readers’/audiences’ understanding of the world can yield excellent results. How has our viewing of the ‘Merchant of Venice’ shifted our understanding of the treatment of Jews over time? Why does it matter that we have a rise in homeless people in 2018? (Isn’t it criminal? Shouldn’t we be moving forward, not backward, from Dickens’ era? And so forth).

I hope this serves its intended purpose – to bring context back into the picture with a clear overview of the theories. Let’s leave the Formalist comments to our AO1 marks and aim for a sensitive, clear and embedded approaches in our pupils’ Literature essays.

I’ll leave you with this opening to Frank McCourt’s memoir, were you in any doubt over whether any of this matters when reading a text: